There is no meeting in December and, as Covid is looming large again, regrettably, no festive social event this year. We do look forward to seeing everyone again in 2022 and we will endeavour to arrange a special social gathering in the Spring.

The next WS general meeting will be held on Wednesday 19th January 2022 at 7pm. Details to follow in the New Year.

A number of people have been in touch about the demolition of Manor Place Terrace including the facade that we had fought to preserve. Southwark Council and Durkan (the developer/contractor) said that once they were ready to go on site to redevelop the terrace they found that even the facade was now so structurally unsound that nothing could be retained.

People locally were concerned that it had taken so long for things to get started and that any action might delay the redevelopment still further.

Durkan have pledged to create a facsimile of the original facade (as per the planning permission) so that, although new, it will look similar to the original facade. They point to other projects where they have undertaken heritage projects successfully. 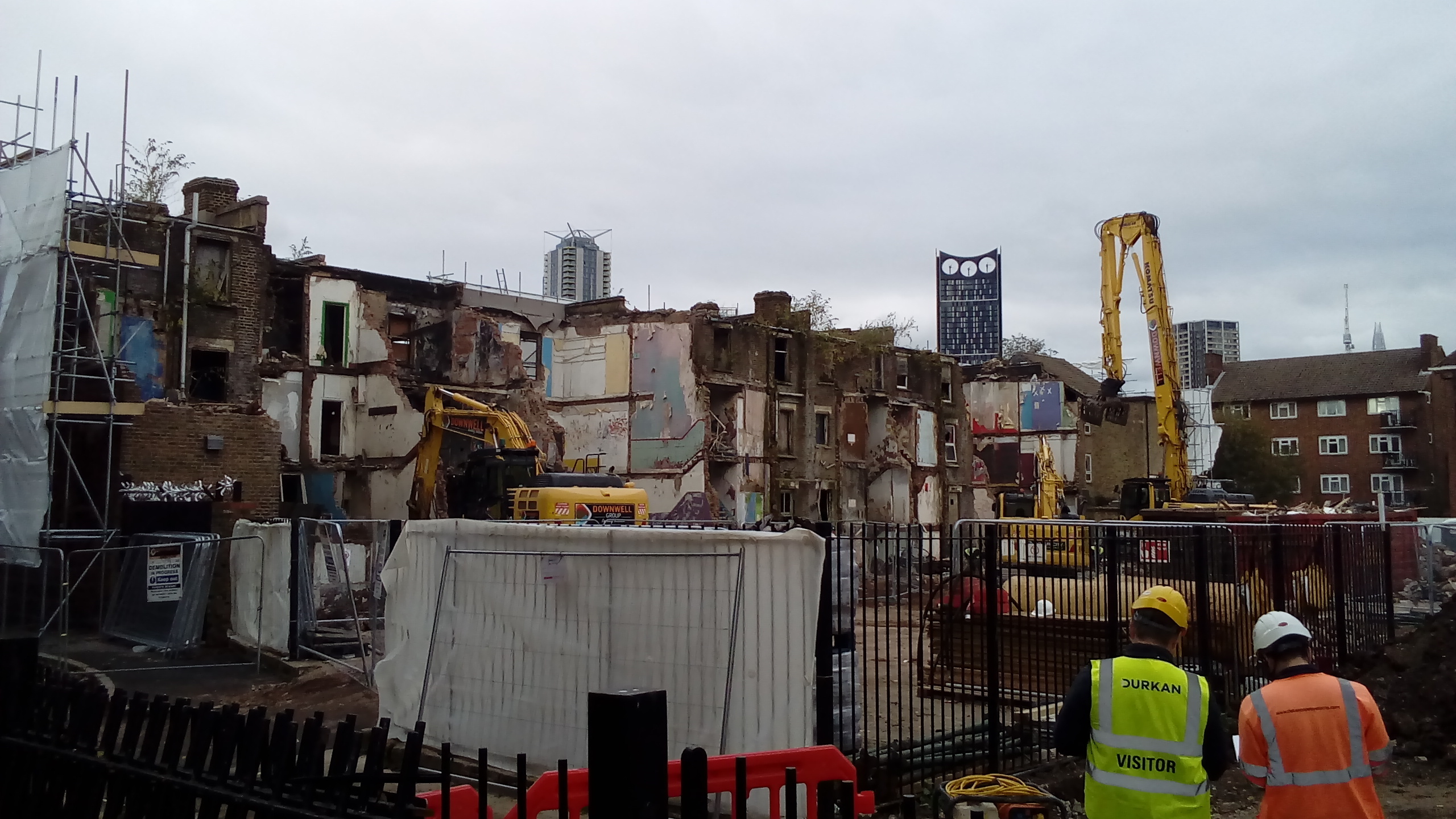 5. The Extension of the Walworth Road Conservation Area to include East Street and the East Street Baptist Church.

At a meeting on Tuesday 30th November, the Southwark Council planning committee voted to extend the Walworth Road Conservation Area east along East Street as far as its junction with Brandon St/Portland St.

See Item 6 in the link below

There is a Southwark News feature on the lively planning committee meeting at:

…and Neil Crossfield’s article, again in Southwark News, about the amazing history of the East Street Baptist Church.